+-Læs abstract
Research shows that when we multitask, we spend more time, remember less, learn less and perform worse than if we singletask. The article “Mobile Phones in the Classroom” (Kuznekoff et al. 2015) is worth highlighting in this connection, as it is one of the most frequently cited articles on multitasking. It shows how damaging written interaction through social media is for learning in teaching situations. But does this mean that social media and written interaction should not be used in teaching? And that social media and written interaction can only harm learning? In this article we provide a critical review of Kuznekoff et al. (2015). We argue that their laboratory experiment is taken out of real educational context, and that this leads to false conclusions. With a background in medium theory and media didactics, we analyse this experiment and point out its shortcomings.
Based on a qualitative real-life action research project, we demonstrate that it is possible to develop conditions that make written interaction through social media beneficial to education. Furthermore, we remove the lack of clarity in this area by distinguishing between diffused concentration (multitasking), non-diffused concentration (singletasking) on one axis, and the use of only one medium (singleplexing) and several media (multiplexing) on another orthogonal axis.
The upshot is that the use of social media and written interaction in teaching might have educational value, especially when it takes the form of singletasking combined with multiplexing. Kuznekoff et al. overlook this possibility.
Eksternt link → 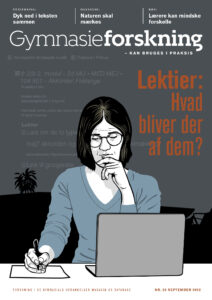